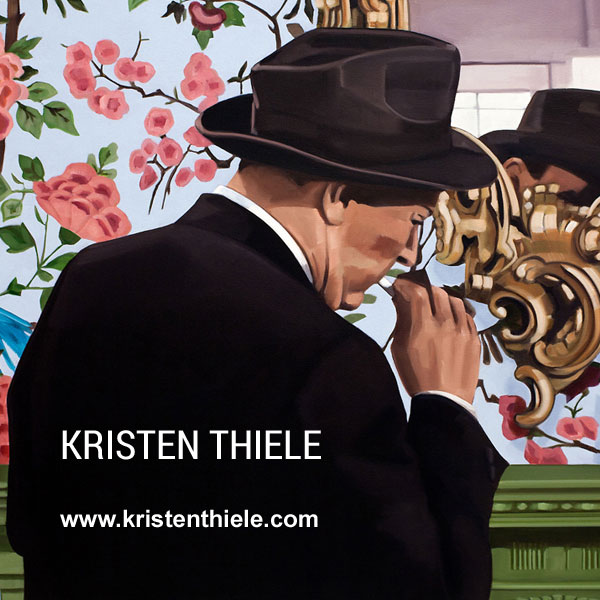 Born in Honolulu, Hawaii, Kristen Thiele lives and works in Miami, FL. Thiele received her BFA from the School of the Art Institute of Chicago in 1995 and her MFA from Miami International University in 2012. During her years in school and after, she sang and played bass in the band Motorhome. They released 2 CDs and 3 singles on New York labels Zero Hour and Dirt Records and played with bands like Everclear, Alanis Morrisette, Missing Persons, Th' Faith Healers, etc. After graduating from SAIC, Thiele apprenticed with Chicago screen printer Steve Walters of Screwball Press and learned the art of silkscreen printing, primarily printing posters for local and national bands. Upon her return to Miami, she became a member of the Art Center South Florida, (now Oolite Arts) on Lincoln Road in South Beach, where she held a studio until her move in 2010 to Bridge Red Studios in North Miami. Thiele currently co-runs Bridge Red Studios/Project Space, alongside her father Robert Thiele, exhibiting longstanding South Florida artists in an alternative environment. Thiele's posters were published in the definitive rock poster book, "The Art of Modern Rock" and her paintings in, "Miami Contemporary Artists" and "100+ Degrees in the Shade."